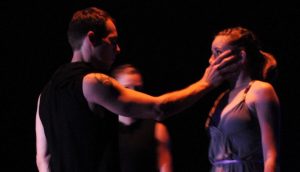 One night in 2008 alone in my apartment, I decided to watch a new release:  Taken.  I had no idea what I was in for.   I hadn’t watched the trailer.  I just heard it was a must-see.  By the end of the movie, my jaw had dropped open and I immediately began researching the authenticity of the movie.  Where girls really taken like that?  I’m almost embarrassed to say that I had no idea.

Sex trafficking, the real term I discovered, was not only a real thing. It was right in our backyard.  Atlanta is considered a hub because the international airport (ranking Number 1 for incidents in 2014) make it easy to get children out of the country quickly.  How come I didn’t know about this until now?

The next day I immediately told my students about the movie and the validity behind it.  They needed to be careful so they were not one of the victims.  Of course they agreed but I wasn’t satisfied.  I wanted this topic to be discussed and for more people know that it exists and to feel empathy for the victims.  How many victims were out there, damaged and scarred from this horrible crime, and didn’t have the strength to talk about it?

Thus Victim of Silence was born and it is still one of our most important pieces.  It premiered in 2008 at Evolution with a cast of 3 men (the attackers) and 8 women (the victims).

Through the company’s history, we have changed the gender roles with women attacking women and most recently, at our 10th anniversary, men attacking both women AND men.

The piece is one of the most challenging for the dancers to embody.  Not only is it athletic, the dancers have to embody hatred, evoke power over each other, and treat each other as non-human.   Trey Mitchell, a SIDEWAYS guest artist this June, said, “It goes against everything my mother taught me on how to treat women.”
Victim of Silence has been criticized for being sensational or unnecessary because the intensity of the dancers can be shocking.  We don’t always want to look at what’s behind the curtain when it’s unpleasant.  My intention behind Victim of Silence has always been to pull back that curtain and force audiences to take a look at what is going on all too often in own our city.

Through awareness, we can make change.

« 7 Secrets for A Great Audition
A Holly Jolly Holiday with SIDEWAYS! »